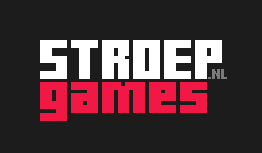 No game developer ever finishes a game.
Me neither, but I tried several times to build at least something.
- Mark Knol

A game for Global Game Jam 2018: After being dormant for a few thousand years a small robotic life form awakes by an unknown cause. Upon finding another dormant robot he finds out that he can share his energy with them to awake them and help him on his way to solve the mystery to why his race went dormant and bringing all of them back to life.

A game for js13k 2020 game jam: A soothing game about perspective. It's important to turn your sound on, headphones advised. Tap and hold to move the trail, make a loop to catch things, if you want.. In this gamejam you have to build a JavaScript based game within 13kb. I ended on 14th place!

Combining Unity development and Haxe development, through a websocket communication layer. The main game is a space shooter where Joey wants to get back home. During your bottle you'll encounter enemies and will challenge with your ammo, power and health. the Unity command centre game, contains 3 mini games, where the other player (coop) will help you out by getting home. How fast are you? Probably not fast enough. Tap tap tap and just don't get bored this time. Builded for fun in 2 hours in vanilla JavaScript As experiment to publish a game build with Haxe to many platforms, I took "the Flappies", reskinned it and published to Android, iOS and even Firefox OS store (if anyone still remembers) which also got featured. After year most of the developer accounts expired so there's only the webversion left online.

A whack-a-mole game I build together with my daughter; Tap the carrots ("wortels" in Dutch). Art by Mirthe (5 years old). An experiment/idea/challenge to see if I can build a match-3 game from scratch. And learn how to resolve matches etc. I used Tiled-editor to define a flow for the blocks, which can flow into any direction. The gameplay idea was to bring the special items to the end. I also had the idea to lock the items after a few moves, but eventually figured out that contradicts with bringing the specials to the end.. Oh well ¯\_(ツ)_/¯ An idea, where you have to call sequence of direction commandos to a player (up, up, up, down, start), to make it move towards the finish at once. This game mostly runs in your head, you make the sequence. An idea for top down tile based platformer. Don't hit the spikes, watch out for cannons, collect the coins, reach the star. All elements use a global heartbeat for triggering. (psst Almost nothing here really works). A quickly build game. You are the spaceship. Press down or tap on the screen to drop stuff on the walls, clear all the walls to complete the level. Works on mobile too. Builded for fun, for the #flappyjam using Flambe An random experiment to build different weapons/rockets/smoke and go crazy with explosions. Because thats what game developers do!
Tap to shoot, hold to move